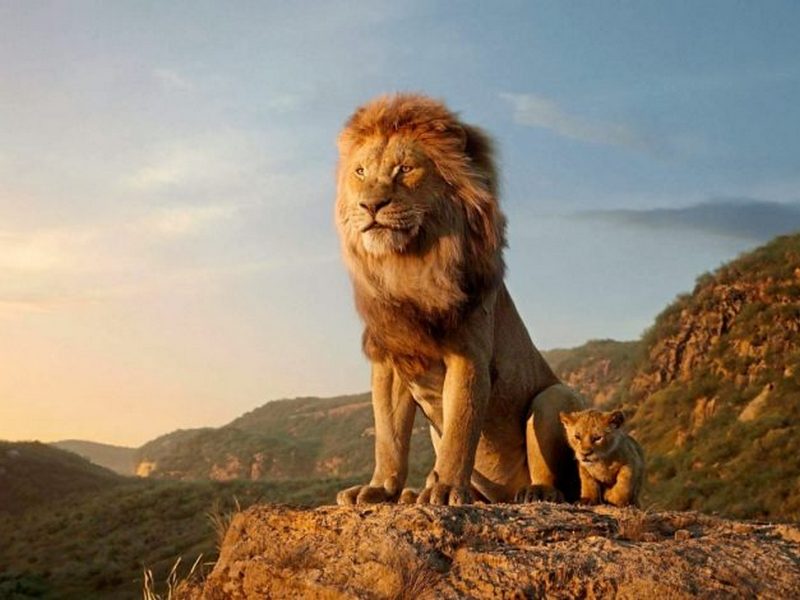 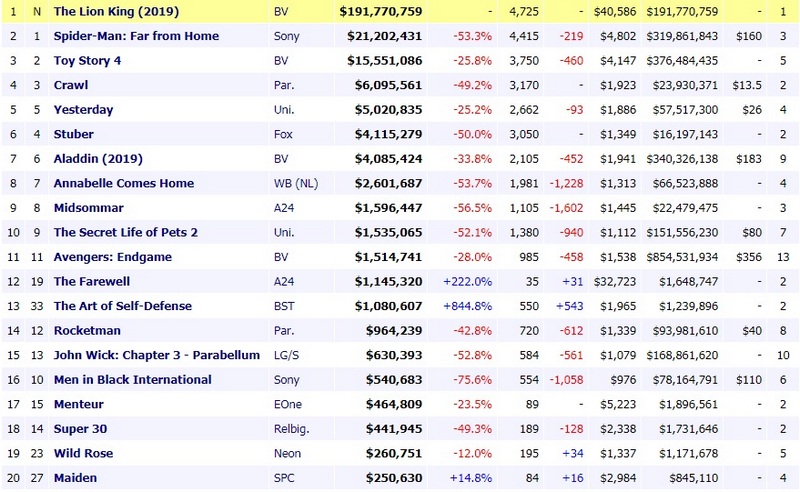 Disney’s Lion King was at the top of the box office food chain as audiences around the country thronged to witness a magical spectacle of dead-eyed, emotionless CGI-animated creatures. Such Wonder! Such Joy! According to the Box Office Mojo, this live-action (sort of) remake of the beloved animated classic earned $191,7 million in its inaugural weekend. Lion King is Disney’s third such live-action remake released this year. And while Tim Burton’s Dumbo earned a mere $352 million globally, Guy Ritchie’s Aladdin so far grossed almost one billion dollars in cinemas all over the globe. Lion King seems poised to bring in even more money than Aladdin, but will CGI animals have the staying power of Will Smith as a rapping genie? Time will tell!

In its third week in cinemas, Spider-Man: Far From Home dropped down to the second place with $21,2 million. After only three weeks in cinemas, the most recent adventure of the friendly neighborhood Spider-Man has already earned $971 million worldwide. Will it pass the one billion dollars mark? In the third place is Disney and Pixar’s Toy Story 4 with $15,5 million. In the fourth place with $6,1 million is Alexandre Aja’s disaster/horror flick Crawl. A somewhat different take on CGI-animated wild animals, Crawl features people besieged by alligators during a hurricane. And finally, in the fifth place of the weekend box office is once again romantic comedy Yesterday with just a bit over $5 million. 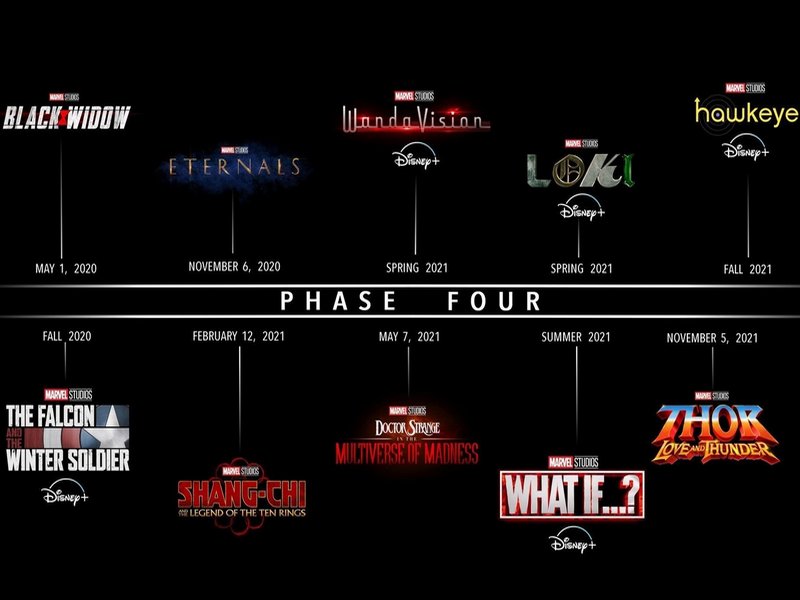 As for TV shows, these will be limited-run series. Anthony Mackie and Sebastian Stan will reprise their roles in the series The Falcon and The Winter Solider. Elizabeth Olson, the lead of the series WandaVision, talked about the show being weird and deep. Loki will follow Tom Hiddleston’s Trickster God in his time-traveling shenanigans. And finally, animated TV series What If…? will explore alternate storylines in Marvel Cinematic Universe.

This week, legendary horror filmmaker John Carpenter announced on Twitter that Blumhouse’s successful 2018 sequel to Carpenter’s 1978 Halloween is getting not one, but two sequels of its own.

AVClub reports that film producer Jason Blum confirmed this news. Titled Halloween Kills and Halloween Ends, these two sequels will come out over the next two years. Together, all three movies will make a trilogy. Most of the first film’s creative team and its cast will return for these sequels.

In 2018, David Gordon Green (TV shows Vice Principals and Eastbound and Down) directed a soft reboot of this classic slasher horror with a screenplay co-written by the movie’s producer, actor and a comedian Danny McBride. Green and McBride’s Halloween pretty much ignores the previous nine sequels. In it, Jamie Lee Curtis returns once again as now elderly but still formidable Laurie Strode. Judy Greer (Jurassic World) portrays her grownup daughter Karen and Andi Matichak (Orange Is the New Black) her granddaughter, Allyson. And then there’s Michael Myers, of course!