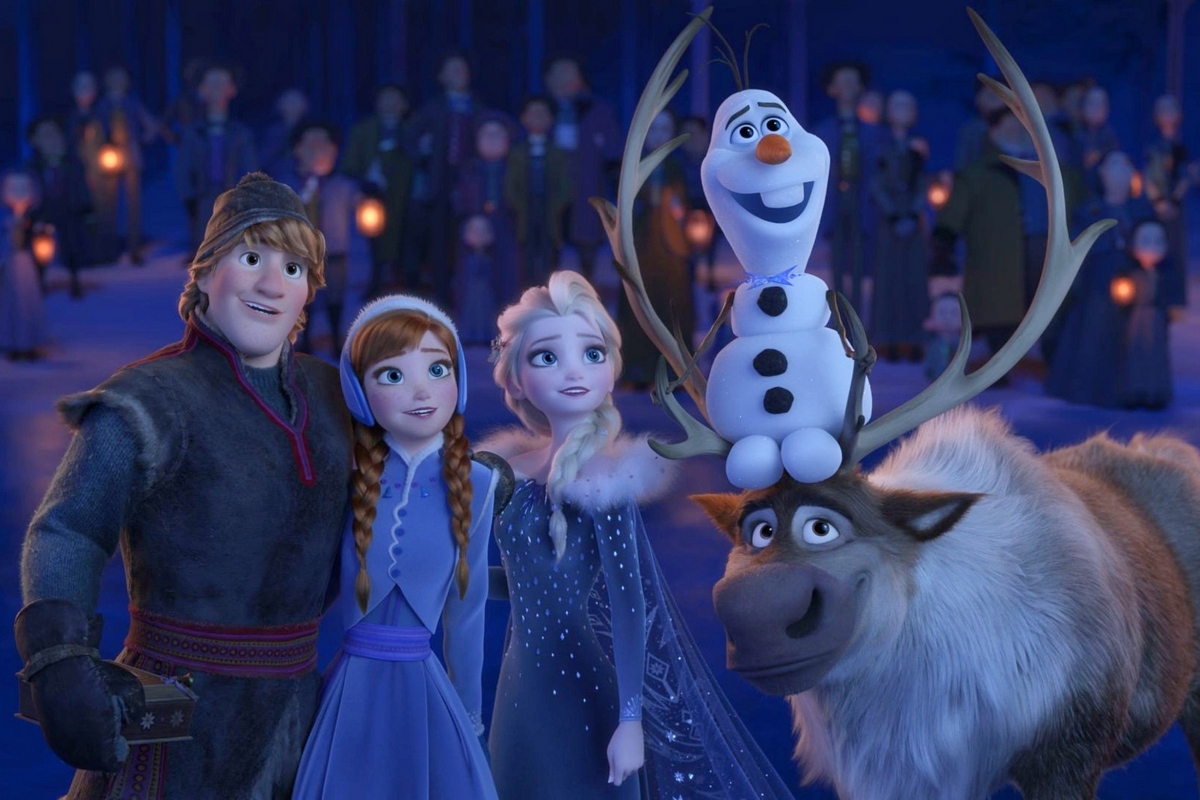 All Hail Queen Elsa, First of Her Name! 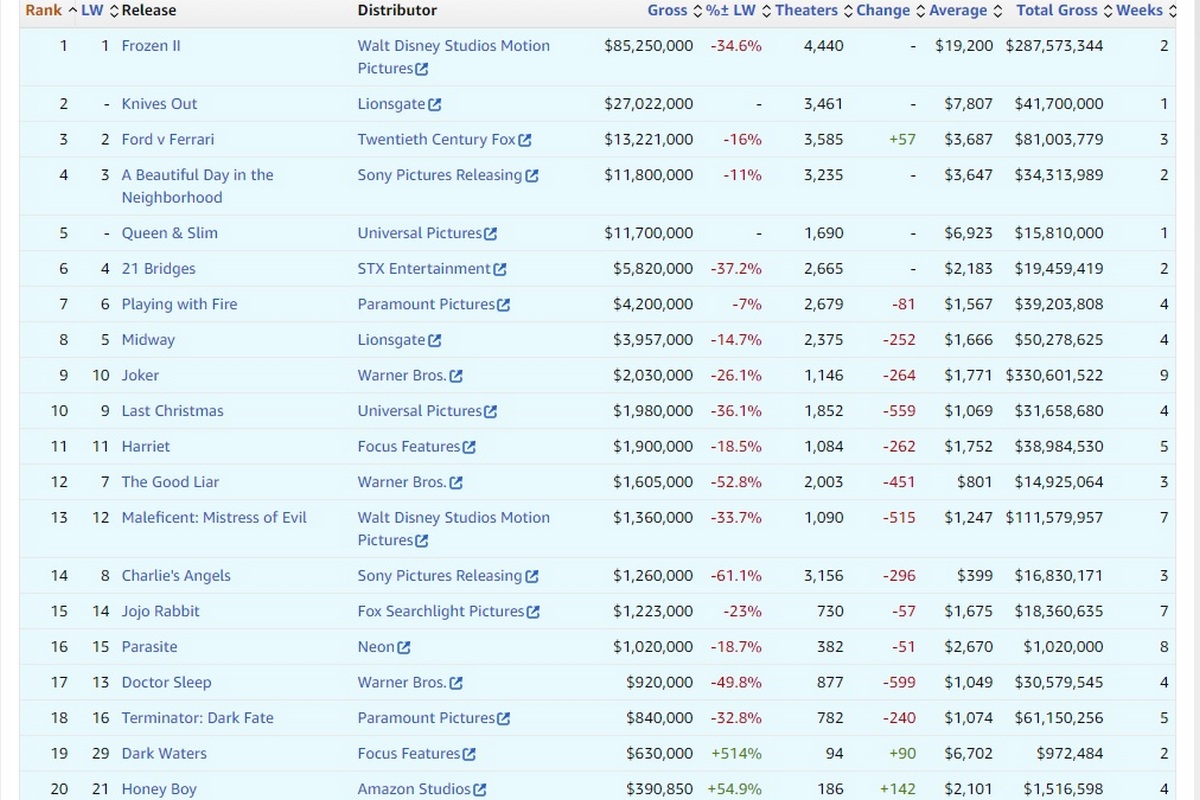 The rule of Queen Elsa continues unopposed, with Disney’s Frozen II dominating the box office in its second weekend in cinemas. According to the Box Office Mojo, the sequel to the wildly successful 2017 hit Frozen remained in the first place throughout the Thanksgiving weekend, earning over $85 million. This brought its domestic gross up to $287,6 million.

In the second place at the weekend’s box office is the murder mystery Knives Out with $27 million. Written and directed by Rian Johnson (Star Wars: The Last Jedi), Knives Out features a killer cast that includes Toni Collette (Hereditary), Daniel Craig (Casino Royale), Jamie Lee Curtis (Halloween), Chris Evans (Avengers: Endgame), Don Johnson (HBO’s Watchmen), Christopher Plummer (Insider) and Michael Shannon (The Shape of Water). Sports drama Ford v Ferrari is still holding the third place, with $13,2 million. In the fourth place with $11,8 million is the biopic A Beautiful Day in the Neighborhood with Tom Hanks portraying Fred Rogers. The list of top five highest-grossing films of the Thanksgiving weekend closes off with the crime drama Queen & Slim. With Daniel Kaluuya(Get Out, Widows) and Jodie Turner-Smith (Nightflyers, The Last Ship) as modern-day Bonnie and Clyde, Queen & Slim earned $11,7 million in its inaugural weekend.

Thomas Jane to Produce an Adaptation of From a Buick 8 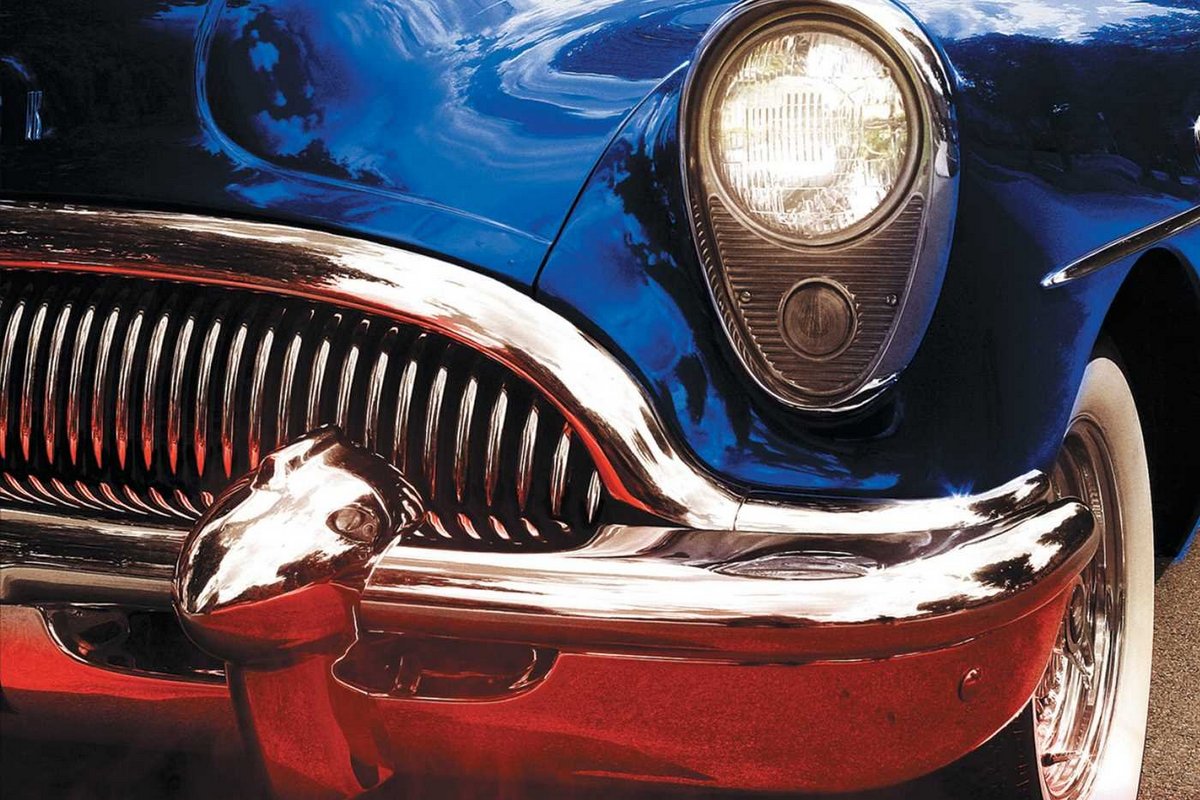 Actor Thomas Jane is no stranger to Stephen King’s adaptations. He appeared in Lawrence Kasdan’s Dreamcatcher, Frank Darabont’s The Mist, and Zak Hilditch’s 1922. According to Deadline, Jane now wants to produce a movie adaptation of the King’s novel From a Buick 8. For this project, he partnered with the producer Courtney Lauren Penn. Together they launched a production company called Renegade Entertainment.

First published in 2002, From a Buick 8 is a Stephen King horror novel that features a haunted car that’s a bit different than his far better-known Christine. From a Buick 8 tells a multi-generational story taking place in rural Pennsylvania. In the present day, a grieving son tries to learn the truth behind his father’s tragic and untimely demise. His state trooper friends recount a story about a mysteriously abandoned 1954 Buick Roadmaster that’s been in their care for decades. A car that is not at all what it seems, this vintage Buick becomes a source of endless fascination with the unknown as well as a cause of terror and tragedy.

Studio Ghibli to Offer Its Film Catalog for Digital Purchase 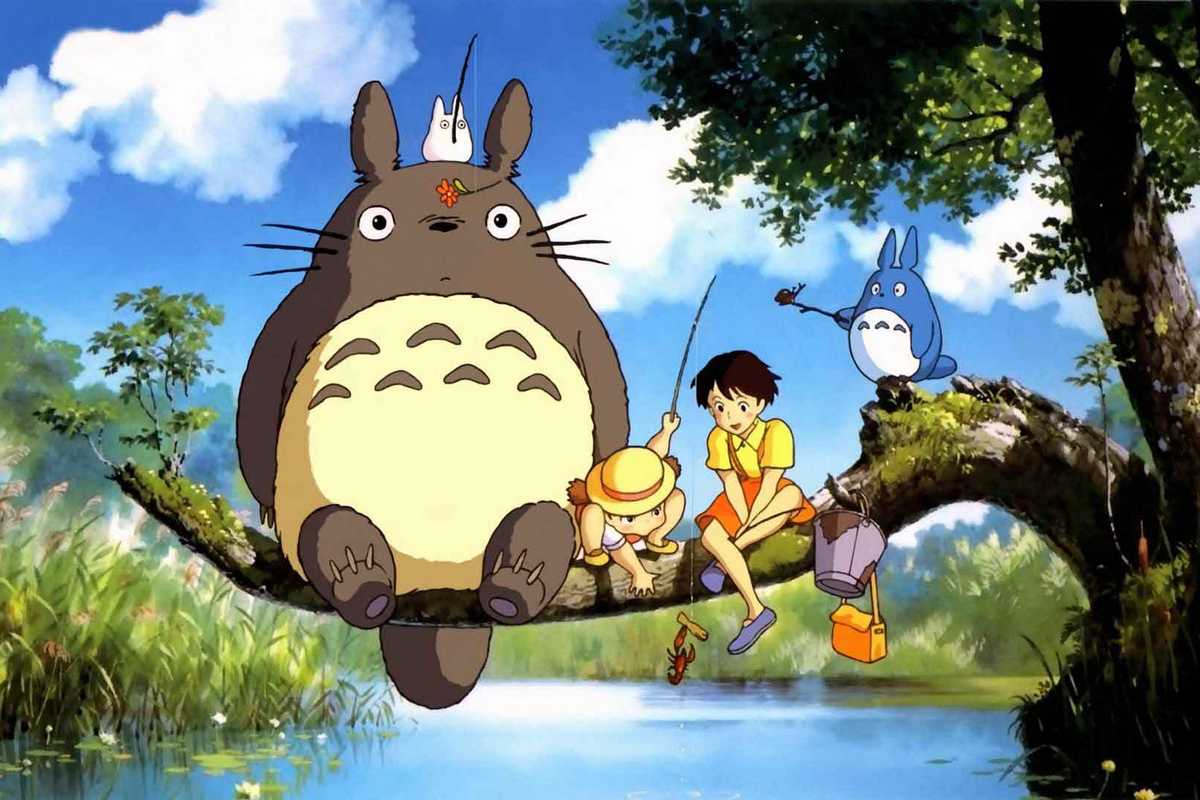 Variety reports that the renowned Japanese animation studio Ghibli will release most of its catalog for digital purchases on various streaming platforms, starting from December 17. While the studio previously announced an exclusive streaming deal with HBO Max, additional platforms will now include Apple TV, Amazon VOD, FandangoNOW, Google Play, Microsoft, Sony, and Vudu. Films will be available both in English and Japanese. This is the first time that the famed studio’s catalog of award-winning animated films will be made available for streaming.

Studio Ghibli was established in 1985 after the success of the animated film Nausicaä of the Valley of the Wind. This Tokyo-based studio produced some of the highest-grossing anime films in Japan. Among them is the best-animated film Academy Award winner Spirited Away as well as five other Oscar-nominated titles: Howl’s Moving Castle, The Red Turtle, The Tale of the Princess Kaguya, The Wind Rises and When Marnie Was There. Director and studio co-founder Hayao Miyazaki received an honorary award at the Academy of Motion Picture Arts and Sciences’ Governors Awards in 2014.