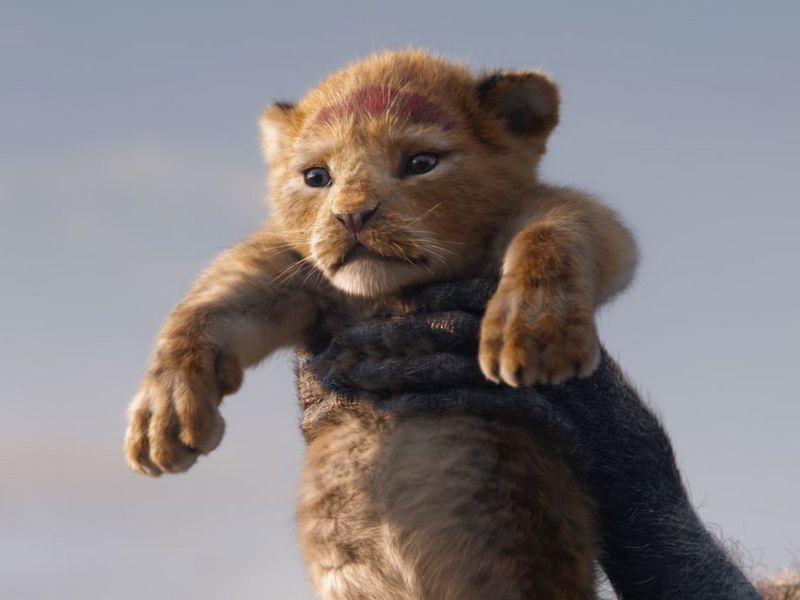 It’s Good to be The Lion King 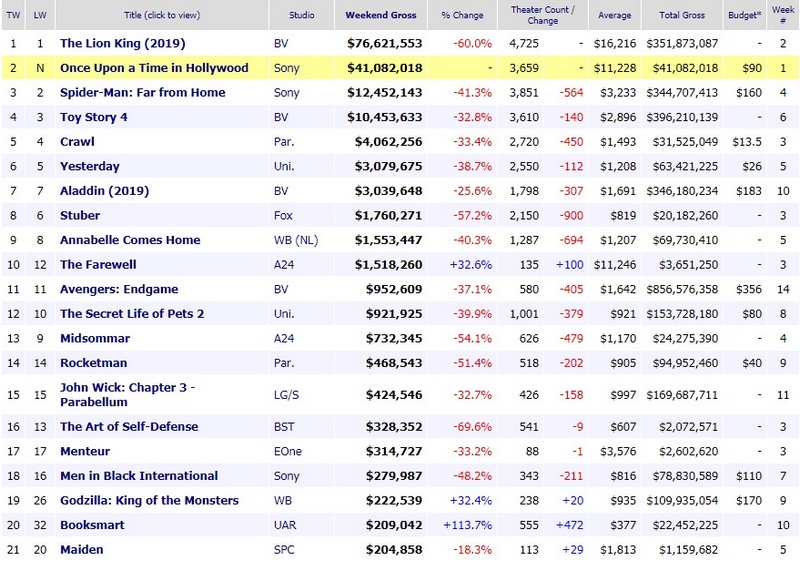 In its second weekend in cinemas, The Lion King remake remained at the top, grossing almost $77 million. According to the number-crunchers at the Box Office Mojo, The Lion King‘s current domestic total stands at $376 million, with an extra $638,5 million earned overseas. Contrary to the internet scorn, real-life people enjoy these live-action remakes since one of them just earned over one billion dollars in less than two weeks.

In the second place with almost $42 million is the sole newcomer among the last weekend’s top five: Once Upon a Time in Hollywood. Quentin Tarantino’s latest – and possibly – last film is a love letter to Hollywood set at the end of big studio era in the 1960s. As usual for Tarantino, his film features a killer cast that includes Bruce Dern (The Hateful Eight), Leonardo DiCaprio (The Revenant), Lena Dunham (Girls), Dakota Fanning (The Alienist), Damian Lewis (Billions), Timothy Olyphant (Deadwood), Al Pacino (The Irishman), Brad Pitt (Inglourious Basterds) and Margot Robbie (Suicide Squad). Sony’s Spider-Man: Far From Home is in the third place with $12,4 million followed by Disney and Pixar’s Toy Story 4 with $10,4 million. The list of top five highest-grossing movies of the last weekend closes off with Alejandro Aja’s horror flick Crawl that grossed a bit over $4 million. 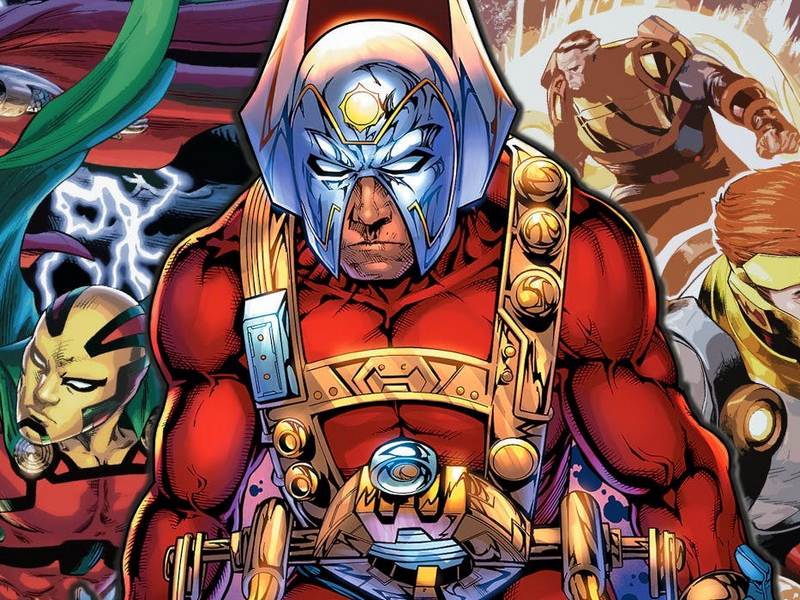 AVClub reports that director Ava DuVernay (biographical drama Selma, the documentary The 13th) answered questions on Twitter about her upcoming adaptation of Jack Kirby’s New Gods comic book. The Academy Award-nominated filmmaker confirmed that the film features both the iconic DC Comics supervillain Darkseid and Female Furies – a team of elite warriors hailing from the nightmarish world of Apokolips.

In a recent interview with Screen Rant, comic book writer Tom King confirmed he helped DuVernay assemble a team of experts to canvas the rich mythology of the New Gods universe. Jack Kirby created New Gods after his move from Marvel to DC in 1971. His comic book told a story about the denizens of two worlds — idyllic New Genesis and dystopian Apokolips — locked in an eternal war between good and evil. Kirby initially intended New Gods as a limited run comic book series. However, its success convinced his bosses to extend the series and connect it with the wider DC Comics universe. Beside Darkseid, New Gods introduced characters like Granny Goodness, Mister Miracle, and Big Barda.

The Cast of Joss Whedon’s The Nevers Revealed

Last July, we mentioned about Joss Whedon’s upcoming HBO science fiction series The Nevers. A year later, Variety announced the full cast of this show as well as surprisingly detailed descriptions of the characters they play.

Set in the Victorian era, The Nevers will follow Amalia True (Laura Donnelly – Outlander), a young, rash woman conscripted into The Touched: a group of women blessed (or cursed) with unusual abilities. The Touched will be portrayed by Amy Manson (Once Upon a Time), Rochelle Neil (Episodes), Ann Skelly (Vikings) and Eleanor Tomlinson (Poldark). Wealthy loner Lavinia Bidlow (Olivia Williams – Dollhouse, Manhattan) leads The Touched in their fight against evil.

Additionally, the cast of The Nevers will include Nick Frost (Shaun of the Dead) as the wonderfully named The Beggar King. Ben Chaplin (The Legend of Tarzan), James Norton (Grantchester), Zackary Momoh (Doctor Sleep), Denis O’Hare (American Horror Story) and Tom Riley (Da Vinci’s Demons) will round-up the cast of the show. While The Nevers comes out on HBO in 2020, its exact release date is as yet unknown.