Even Amid the Box Office Slump, Shang-Chi Keeps Winning 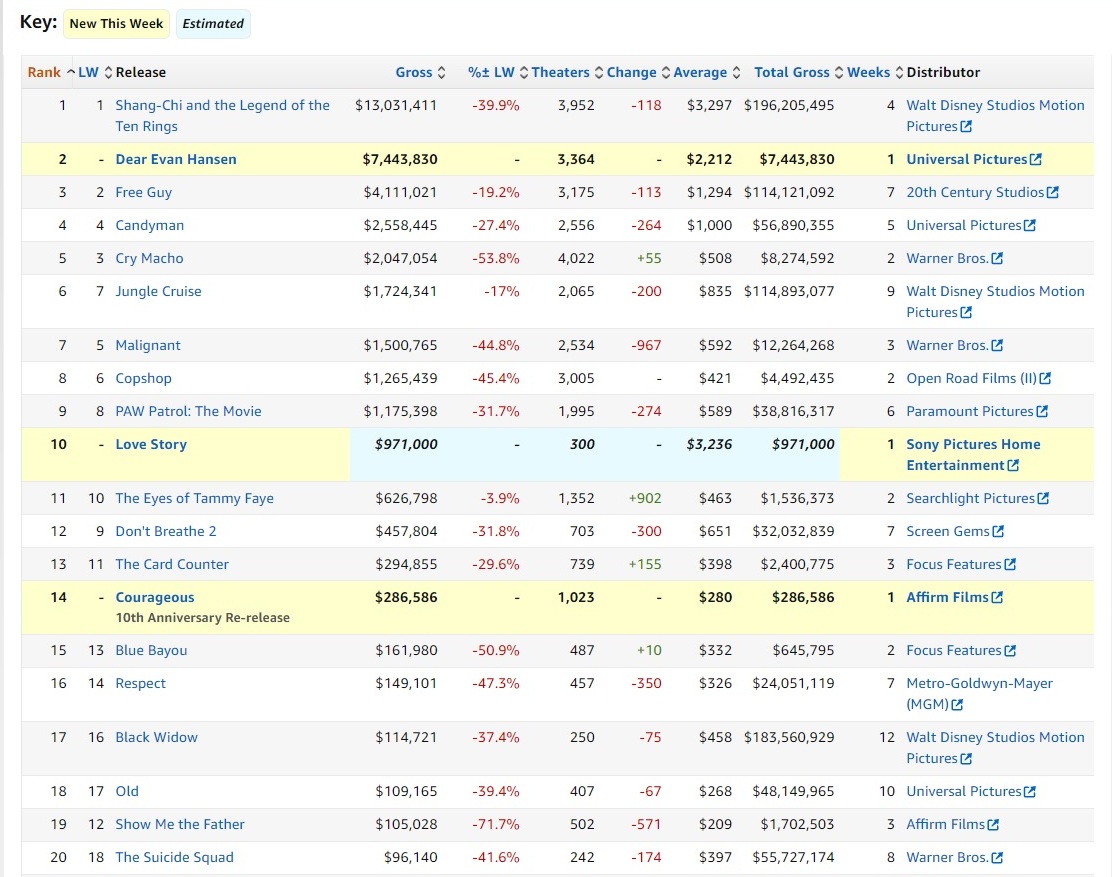 Four weeks after its release, Shang-Chi and the Legend of the Ten Rings remains at the top of the box office. Last weekend, Marvel’s latest superhero blockbuster earned a bit over $13 million, staying well ahead of the competition. With a domestic gross of $196,2 million, Shang-Chi has now surpassed the earnings of Black Widow ($183,5 million). It also stands a good chance of becoming the highest-grossing film in US cinemas since last year’s Bad Boys for Life ($206,3 million). However, Shan-Chi is a rare exception these days. As Box Office Mojo warns, last weekend’s box office has been the lowest one since June. If the downward trend continues, this weekend will be the lowest one since May.

In second place at the weekend box office with $7,4 million is the adaptation of a Broadway stage musical Dear Evan Hansen. Its story follows an awkward teenager who finds himself suddenly in the spotlight after a tragedy in his high school. The film was directed by Stephen Chbosky (Perks of Being a Wallflower, Wonder) with Ben Platt as the titular character. Platt already portrayed the character on stage. The rest of the top five highest-grossing movies of the weekend contains no surprises. Action comedy Free Guy is in third place with $4,1 million and a total domestic gross of $114,1 million. The horror film Candyman is in fourth place. Last weekend, it earned $2,5 million, raising its domestic gross to $56,9 million. Finally, Cry Macho – Clint Eastwood’s most recent film – is in fifth place with over $2 million.

Archer Gets a Lucky 13th Season 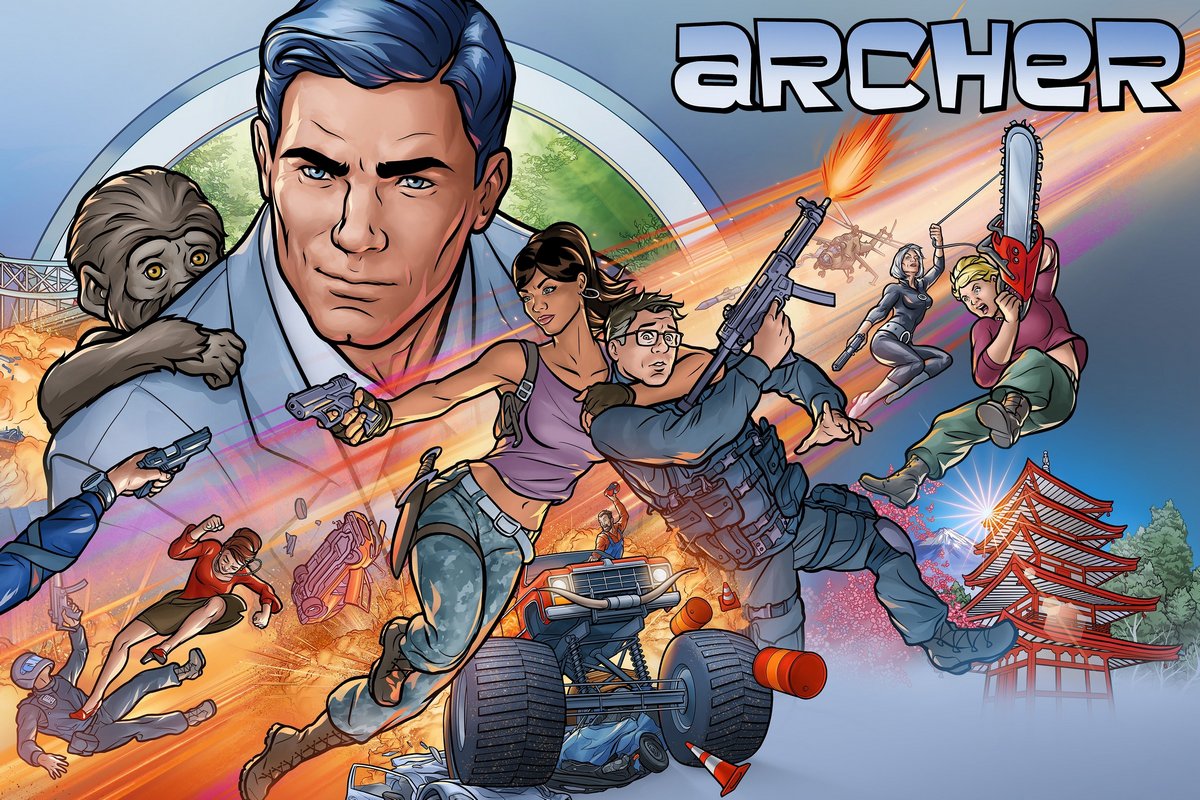 FXX has officially announced its adult animated spy sitcom Archer will get a season 13, says GeekTyrant. This news comes as the show is in the middle of its twelfth season. According to the article, Archer will return in 2022 on FXX and Hulu for eight episodes.

A parody of James Bond movies, the series follows the misadventures of narcissistic spy Sterling Archer (voiced by the veteran voice actor H. Jon Benjamin). He works for International Secret Intelligence Service, led by his sarcastic, domineering mother Malory (voiced by Jessica Walter from Arrested Development, who sadly passed away in March 2021). His job has him frequently clash with his ex-lovers, hapless colleagues, and bizarre villains. The current season pits Archer and his friends against the fierce competition from the spy conglomerate known as International Intelligence Agency.

This show is a brainchild of Adam Reed, who previously made similar adult-oriented animated parodies like Sealab 2021 and Frisky Dingo. Archer has been by far his most successful creation. The series premiered in September 2009 and ran for over 100 episodes.

Charlie and the Chocolate Factor Prequel Rounds Up Its Cast 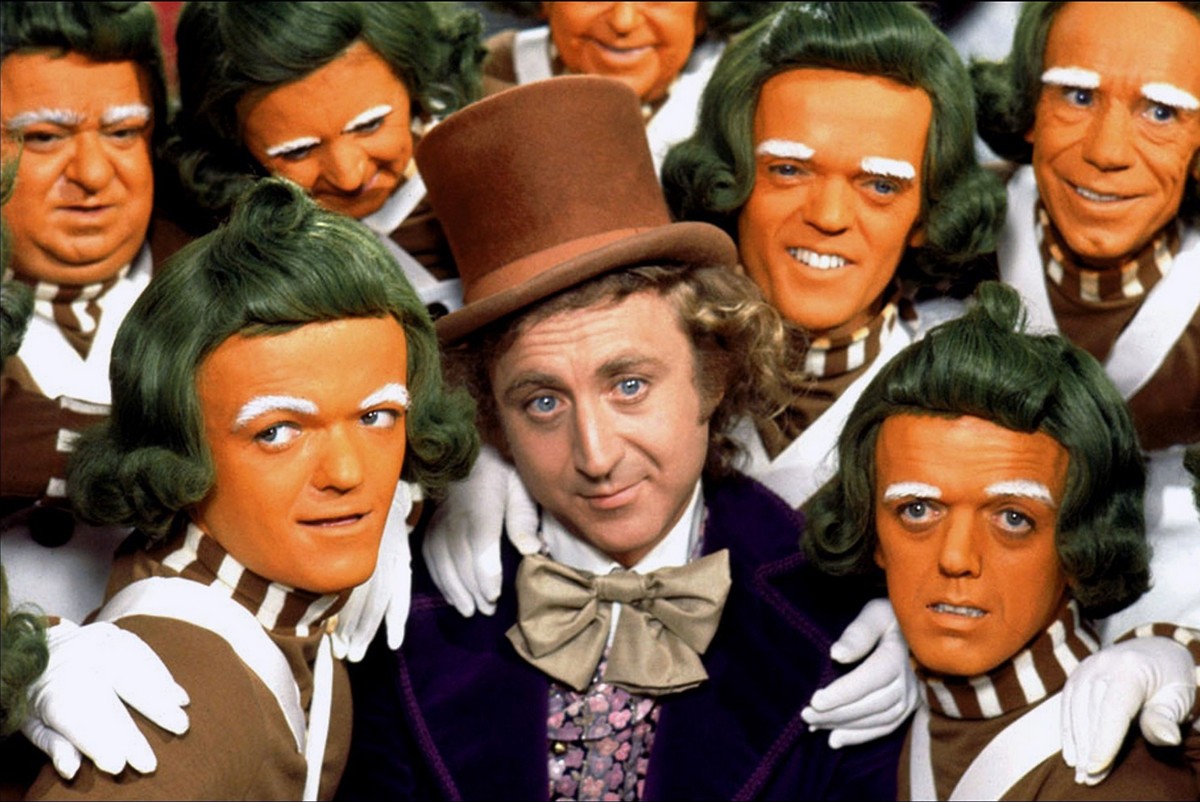 Wonka will be directed by Paul King, a British writer and director best known for his Paddington movies. King also co-wrote the film with Simon Farnaby (Ghosts, Horrible Histories). The film will attempt to expand upon Roald Dahl’s darkly humorous 1964 novel Charlie and the Chocolate Factory. That novel has, so far, been adapted into feature movies twice. In 1971, Mel Stuart directed a musical titled Willy Wonka & the Chocolate Factory. In it, legendary Gene Wilder portrayed the somewhat sociopathic man-child in charge of the magical chocolate factory. Several decades later, Tim Burton made his version starring Johnny Depp.