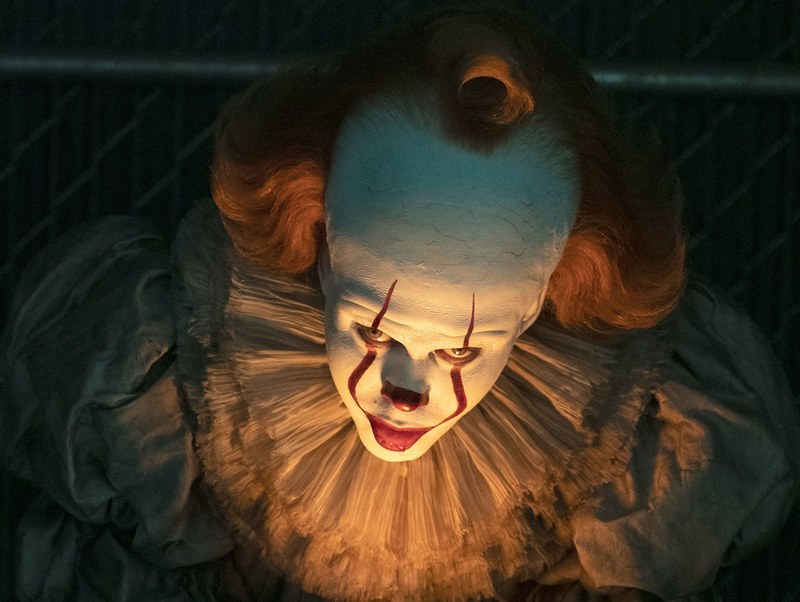 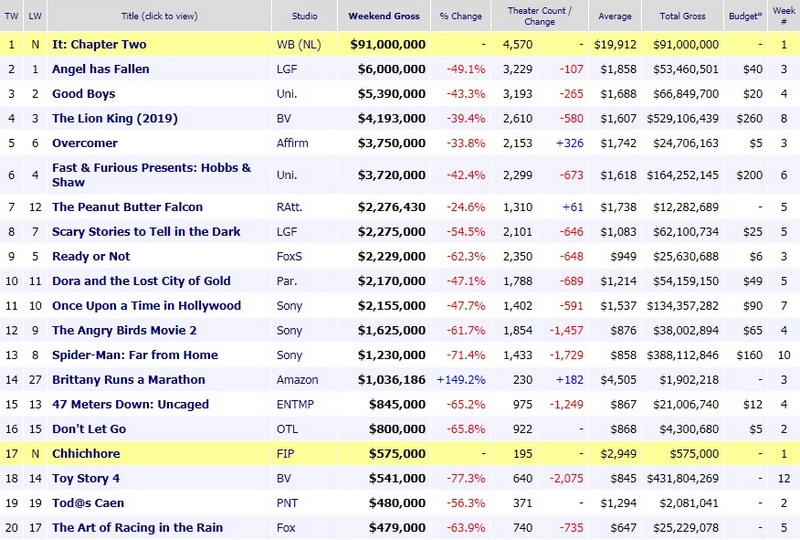 In its inaugural weekend, It: Chapter Two successfully scared its competition away, grossing $91 million according to the Box Office Mojo. Directed by Andy Muschietti and written by Gary Dauberman (who both worked on the first movie), It: Chapter Two takes place in the present day and follows the Losers’ Club as its getting ready for a final battle with Pennywise the clown (Bill Skarsgård). Grownup versions of characters are played, among others, by Jessica Chastain (Dark Phoenix), James McAvoy (Dark Phoenix, also), Andy Bean (Swamp Thing), Bill Hader (Barry), Isaiah Mustafa (Shadowhunters) and James Ransone (Sinister, Sinister 2).

The action flick Angel Has Fallen is in second place at the box office with $6 million. In a third movie in the Fallen franchise, pudgy Gerard Butler shoots and punches his way out of a government conspiracy. Now in its fourth week in cinemas, Gene Stupnitsky’s R-rated comedy Good Boys is in the third place with $5,4 million. The unkillable Lion King remake is in fourth place with $4,2 million. And finally, in the fifth place at the weekend box office is the Christian drama Overcomer with $3,7 million. 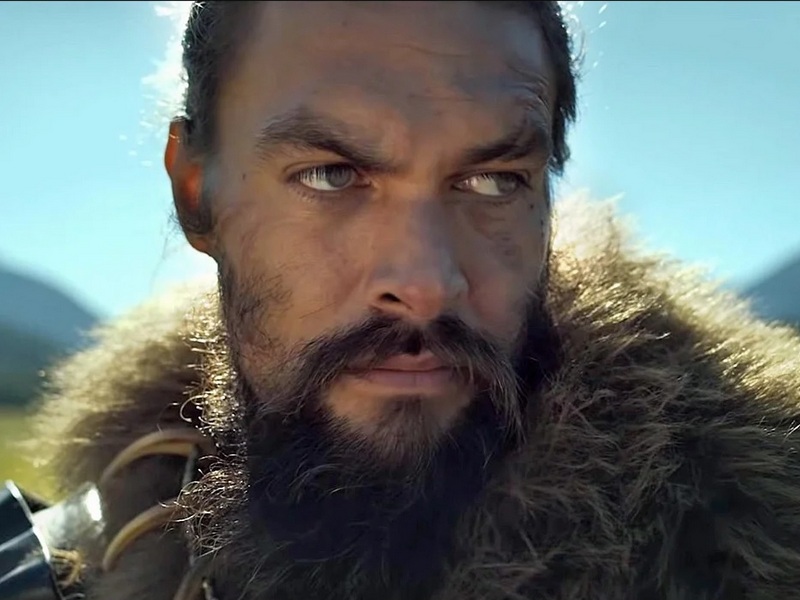 This week Apple revealed a lineup of TV shows and movies that will premiere on its streaming service Apple TV+, starting November 1. According to Deadline, there are at least two shows that might be interesting to fans of science fiction. First of them is See, an epic drama set in a post-apocalyptic future in which a deadly virus killed off most of humanity and blinded the rest. Jason Momoa (Aquaman, Game of Thrones) plays Baba Voss, a tribesman trying to protect the lives of his children hunted because they can see. The cast of the show includes Nesta Cooper (Travelers) and Sylvia Hoeks (Blade Runner 2049).

Then there’s For All Mankind, a new TV series by Ronald D. Moore, producer of TV shows such as Battlestar Galactica, Carnivale, Helix, and Outlander. For All Mankind takes place in an alternate history in which the Soviet Union first landed on the moon. Instead of giving up on the space race, the United States and NASA double down on their efforts to explore and colonize space in the 1960s and 1970s.

There are also several kid-friendly TV shows exploring both fantasy and science. While Snoopy in Space takes Snoopy and other beloved creations by Charles M. Schulz to space, Ghostwriter is a remake of the 1990s children show about a group of kids solving mysteries with the help of a friendly ghost.

As Randall Flagg, Alexander Skarsgård Rounds up the Cast of The Stand 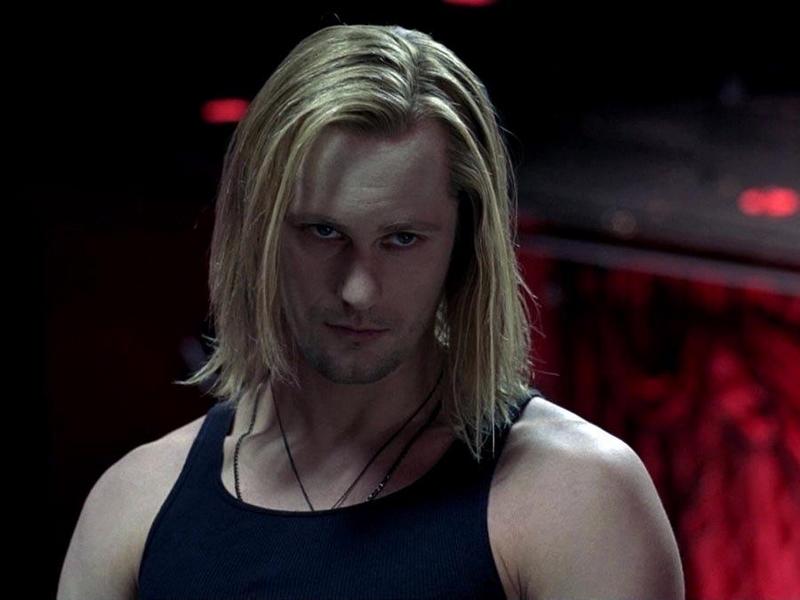 For a while now, CBS All Access has been working on a new adaptation of Stephen King’s best-selling monster of a novel. First released in 1978, The Stand tells an epic story in which survivors of a modern-day plague become soldiers in the ultimate battle of good and evil. The novel features one of King’s most iconic villains – Randall Flagg, the dark man, who not only leads the forces of evil, but also appears in other works by King. When ABC produced its adaptation of The Stand in 1994, Flagg was played by Jamey Sheridan, who to this day mostly plays supporting roles in movies and on TV. Son of Stellan (Thor, HBO’s Chernobyl) and brother of Bill (It, Castle Rock), Alexander Skarsgård is best known as the vampire Eric Northman in the campy horror TV series True Blood. It will be interesting to see his take on this charismatic villain.