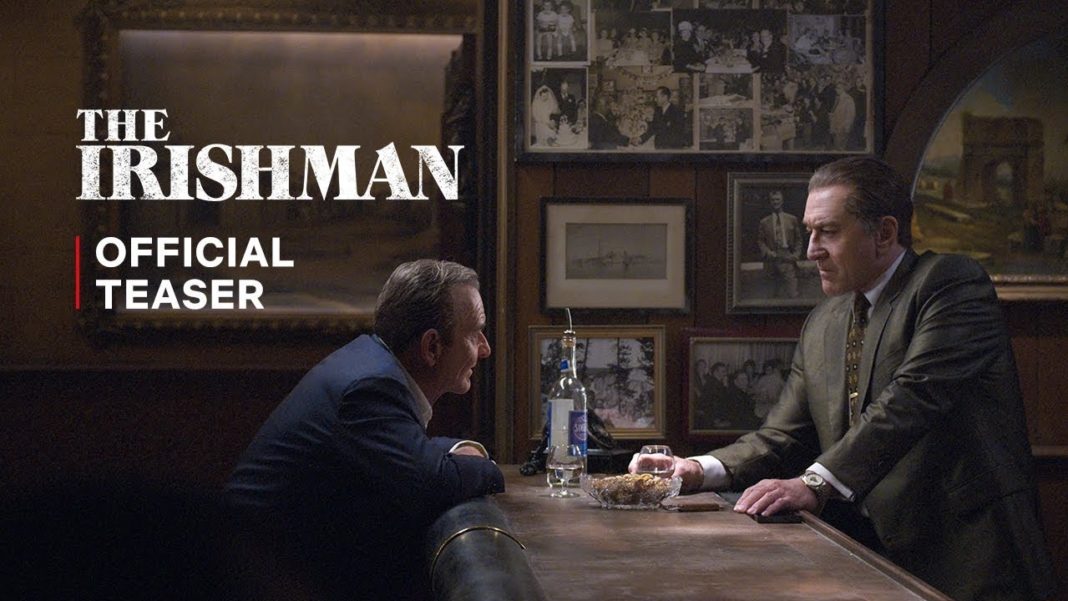 **Updated** – Aug 1 2019 – The September 27th date is the Film Festival showing date. The streaming release is said be somewhere around November- December.

The Trailer is out for Netflix’s The Irishman. Written by Steven Zaillian and directed by Martin Scorsese this marks the first collaboration between Scorsese and Robert De Niro in 24 years. This is also the first time Scorsese has directed Al Pacino.

“Frank Sheeran is a World War 2 veteran and a former hitman for the mob. His time spent during the war in Italy made him a talented killer. To make ends meet, Frank utilizes his skills to become a hitman for the mob. Now in his old age, Frank reflects back on the moments and hits that defined his mob career. Especially his role in the disappearance of his old friend Jimmy Hoffa, a former president of the International Brotherhood of Teamsters that went missing in 1975, never to be seen again.”

Yeah…I really wish I could get behind this, but unfortunately Robert De Niro and disgusting Trump Derangement Syndrome has made him dead to me. As far as I’m concerned he sleeps with the fishes. Really wished they cast someone else for his role.