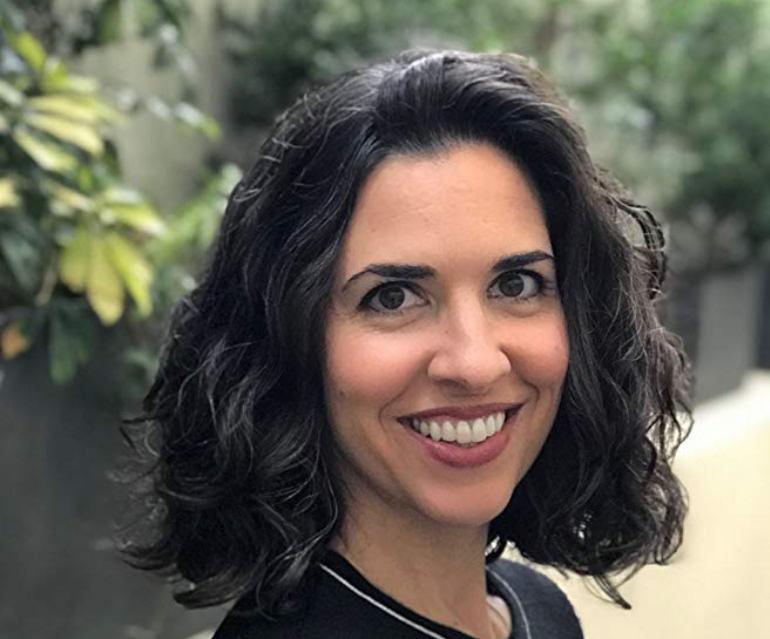 Watching SJWs infect and destroy a genre is a frightening yet and surreal experience. The MCU is currently undergoing this process. We knew that this was going to happen but it is also good to know precisely who is conducting the assault on the things we once held near and dear.

Jac Schaeffer is best known for the 2009 film TiMER that she wrote and directed. That’s about the extent of anything close to resembling high-profile on her resume. For the most part she has been behind the scenes as an assistant or touching up screenplays.  Until now, now she is doing work for Disney Marvel which so far has included script rewrites for Captain Marvel, writing the screenplay for the upcoming Black Widow film and being a writer/showrunner for WandaVision on Disney+.

Jac Schaeffer is a Social Justice Warrior and an Identitarian. She was recently interviewed by Inverse and I pulled some quotes that highlight her ideology and her plans for the Marvel Universe.

“I’m not interested in adhering to comic canon that is discriminatory in any way or that violates my values system.”

For those who have a problem with this stance…

“When people react with hate, it saddens me. I think it’s a shame. But that’s not where I want to put my energy. I’m not interested in the loud, sour-grapes voices.”

These are the kind of people that Marvel Studios are now infested with.

As is often the case with Social Justice Warriors Schaeffer wasn’t a fan of the Superhero genre until she saw an opening, a weakness in which she could interject her ideology like a parasitoid wasp lays its eggs in a host.

“I wasn’t a huge superhero movie fan before starting to work [at Marvel], but now that I’m doing it, there’s just so much opportunity to make big, positive statements. Especially something like Captain Marvel and Black Widow, to have these female-centered stories — I just can’t not be involved in that.”

The writing room for the TV show WandaVision is majority female. Schaeffer makes no bones that it is gender and race, not talent that are of the utmost importance when it comes to her hiring practices.

“incredibly intentional, and it was very much supported by Marvel. I felt incredibly strongly that we needed women and people of color and people of all backgrounds and perspectives in the room. I believe — I think it is fact — that stories are better the more perspectives you have.”

She’d also love to phase out ‘guns and weaponry’ in Superhero movies.

“I would like to see alternatives to violence in superhero movies. Maybe I would qualify that by saying, alternatives to glamorizing guns and weaponry. That’s one of the reasons that I love Captain Marvel — it’s all about inner power. And the destruction is not at the expense of human life.”

If this childlike view of conflict sounds familiar then perhaps you too are fan of Robocop 2 and remember this scene:

Board Member #1: We’re getting a lot of heat from parent’s groups. Personally, I don’t blame them. I’m a parent myself.

Board Member #2: All that destructive behavior. He’s become a role model for our children. Now, what are we teaching them?

Board Member #3: If he just talked things out with people instead of firing that big gun of his.

Board Member #4: He could speak out on environmental issues.

Board Member #5: For all the shooting he does, I’ve never once seen him take the time to do anything nice like visit an orphanage.

Johnson: You’re absolutely right. Or help a cat out of a tree or go door to door collecting for the Red Cross or maybe even roasting some marshmallows with some Cub Scouts.

Dr. Juliette Faxx: Why, Mr. Johnson, that is wonderful. Thank you so much.

These board members suggestions for Robocop were intended as comedy to show how out-of-touch and naive these individuals were when it came to law enforcement. Dr. Juliette Faxx, an antagonist in the film, actually implemented these ideas as Robocop’s directives revealing just how insane she was.

“I choose to be a part of projects that are about positive representation. We need to see women, we need to see people of color, we need to see nuanced experiences, and we need to see different perspectives on screen. I choose to work with people who are interested in changing perspectives for the better, and putting a world on screen that is something we can aspire to and have conversations about, and moving in a direction that will create a world I hope will be better for my children.”

People like Jac Schaeffer now form the backbone of the MCU. They will be responsible for what comes out of Phase 4 and the Marvel Television series on Disney+. These people are authoritarians who believe art and entertainment should be used to dictate and spread their ideologies. They believe they know more than you or I what is right and what is wrong. They believe their belief system is the best belief system and that using this medium to indoctrinate us and our children is not only right, but the responsible thing to do.

These people are SJWs and they are the reason why Endgame was the last Marvel/Disney project I will support.