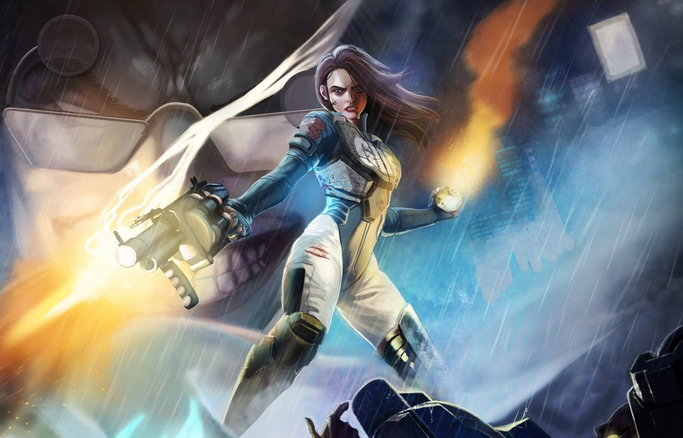 If there is any lesson one should learn from this culture war it is that. SJWs view apologies as indication that you are culpable and in their eyes anyone who admits to culpability is not worthy of forgiveness they are worthy of destruction. Much like the mock trials in the Cardassian courts from Star Trek, the verdict has already been decided, the apology process is merely a formality, a digital Roman Triumph of yet another conquest.

A similar fate lies with those who bend-the-knee to SJWs. We simply view such people with disgust and are insulted by their weakness. I, personally, will not continually berate such individuals but my respect for them is gone and I simply have nothing more to do with them. But as culture war tensions escalate and we come closer and closer to civil conflict some Anti-SJWs are not so hands-off and have taken to inflicting as much damage as possible…much like SJWs do.

The result, if you are so unlucky as to be caught in-between, is not pretty.

This is the situation that Voidpoint LLC, the developers of the first-person shooter Ion Fury find themselves in.

It all started when some SJWs became outraged that some terms they deemed “transphobic and sexist” were used by a few of the developers in the Ion Fury Discord. Additionally, within the game itself uber snoops discovered the word “Fagbag” and an in-game item was given the label “Ogay” as opposed to “Olay”.

To give you an idea of how silly this all is here are some of the comments that were said by the developers:

“Terminx: there is no feminist slant in this game though

What kind of crazy person decides to ruin your life because they disagreed with you on the internet?

Terminx: something I don’t really understand about the social justice stuff is that they have stuff like the “slut walk” which I thought was about the right to not be harassed for how they dress but then if you portray women dressed the same way you get sh*t for it

Mblackwell: most SJWs are just angry people of any gender, sex, race, nationality, and age

Daedolon: the whole sjw concept is getting upset on behalf of other people

Because complaining on the internet feels good man”

I don’t have any problem with what they said or the silly in-game jokes they laid out…but then again I’m not insane. None-the-less, this set off a firestorm with the pink-haired mafia and after putting up mild resistance (which was wildly supported by the anti-sjw community) the company made the worst possible mistake they could make and apologized!

“Members of Voidpoint’s Ion Fury team have made sexist and transphobic comments, and included homophobic language in Ion Fury. We recognize these statements are insensitive, unacceptable, and counterproductive to causes of equality. We unequivocally apologize both for these comments and language as well as for any pain they have caused the gaming community, particularly women and members of the LGBTQ community. We take full responsibility for any damage that has been done to the relationships we’ve worked so hard to build.

Moving forward, Voidpoint will institute a zero-tolerance policy for this type of language and all employees and contractors will undergo mandatory sensitivity training.  As part of our efforts to contribute to the work that must be done to further support these communities, we are donating $10,000 from Ion Fury’s release day proceeds to The Trevor Project.  We are also patching Ion Fury ASAP to remove all unacceptable language.”

This produced the result that I described in the beginning. The SJWs still attacked…and the ANTI-SJWs attacked because they bent the knee to the SJWs!

The game was review bombed on Steam…probably by both sides for different reasons. The developers were so flabbergasted and disheartened that Voidpoint told users to go ahead and pirate the game:

“If you want to pirate it, it’s only like 95MB. You should check it out. We worked really hard on it and it’s a cool game. F**k politics.

This brings us to the latest chapter in this sordid business where it appears the Ion Fury team has reversed course yet again! Here is their latest statement:

We will absolutely NOT be censoring Ion Fury or any of our other games, now or in the future, including but not limited to by removing gags such as gaming’s most controversial facial wash.

We do not support censorship of creative works of any kind and regret our initial decision to alter a sprite in the game instead of trusting our instincts. 3D Realms and Voidpoint stand together on this matter.

Last but not least, please respect our need to keep our community forums clean from hateful messages, spam, or off-topic threads. We recognize our mistake and have received your message loud and clear!”

Whether or not this is the end of this saga is unknown. The SJWs were never going to be satiated but some Anti-SJWs already seem pleased with the recent decision, so we’ll see.

In the end, the best thing to take away from all this is what we came in with.