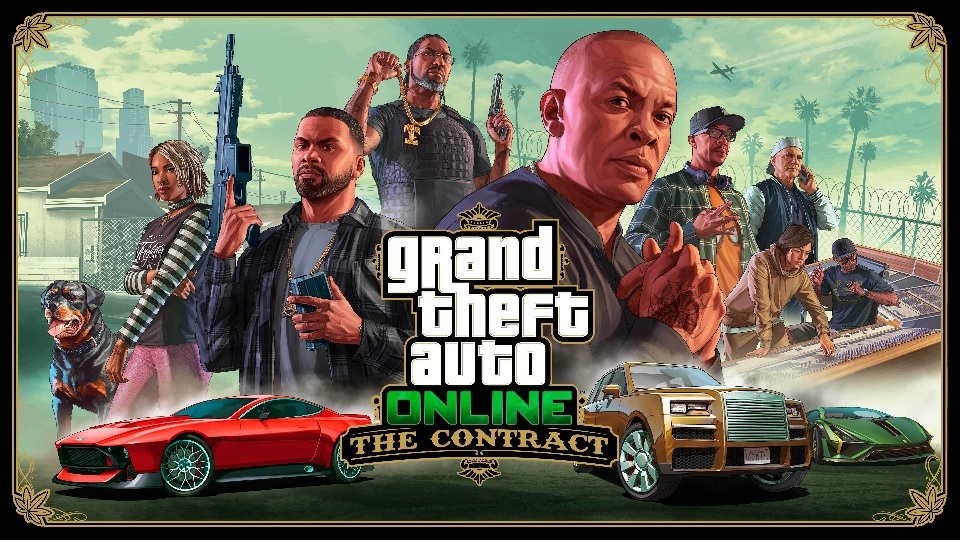 You might be wondering, just how did Rockstar even get Dr. Dre to release music for them anyway? Besides the obvious answer of “a lot of freaking money”, DJ Pooh might’ve had something to do with it. According to Rolling Stone, a few years back Pooh set out on a mission to show Dr. Dre how exciting video games could be by lugging some Playstations over to his house. Dre, who is not a gamer and not familiar with GTA, found himself blown away with how deep you get into it. The rest apparently is history.

Rob Nelson, the co-studio head of Rockstar North, had this to say about working with Dr. Dre “When he’s not releasing music that regularly, it’s a pretty special thing to be able to get music from him, never mind exclusive music. Once we started talking, he started firing demos over — ‘Check this out, check this out, I did this with so-and-so.’ That was a pretty surreal experience.”

Pretty intriguing stuff, but for those interested the songs aren’t simply dumped into Los Santos radio. Players who want to get their hands on these exclusives will need to work their way through The Contract story missions. Franklin and Lamar are back with the former running a “celebrity solutions agency” where you provide solutions to problems of the Vinewood elite. This is where Dre comes in. Your job is to recover his misplaced phone that houses songs he created with artists such as Eminem, Nipsey Hussle, Ty Dolla $ign, Snoop Dogg, and Anderson .Paak.

A roundabout, but exciting way to get our hands on some new Dre music. I have to give it to Rockstar, the dangled Hip-Hop celebrity carrot does make me want to get back in the saddle. Maybe GTA Online should have been nominated for Best Ongoing at The Game Awards.