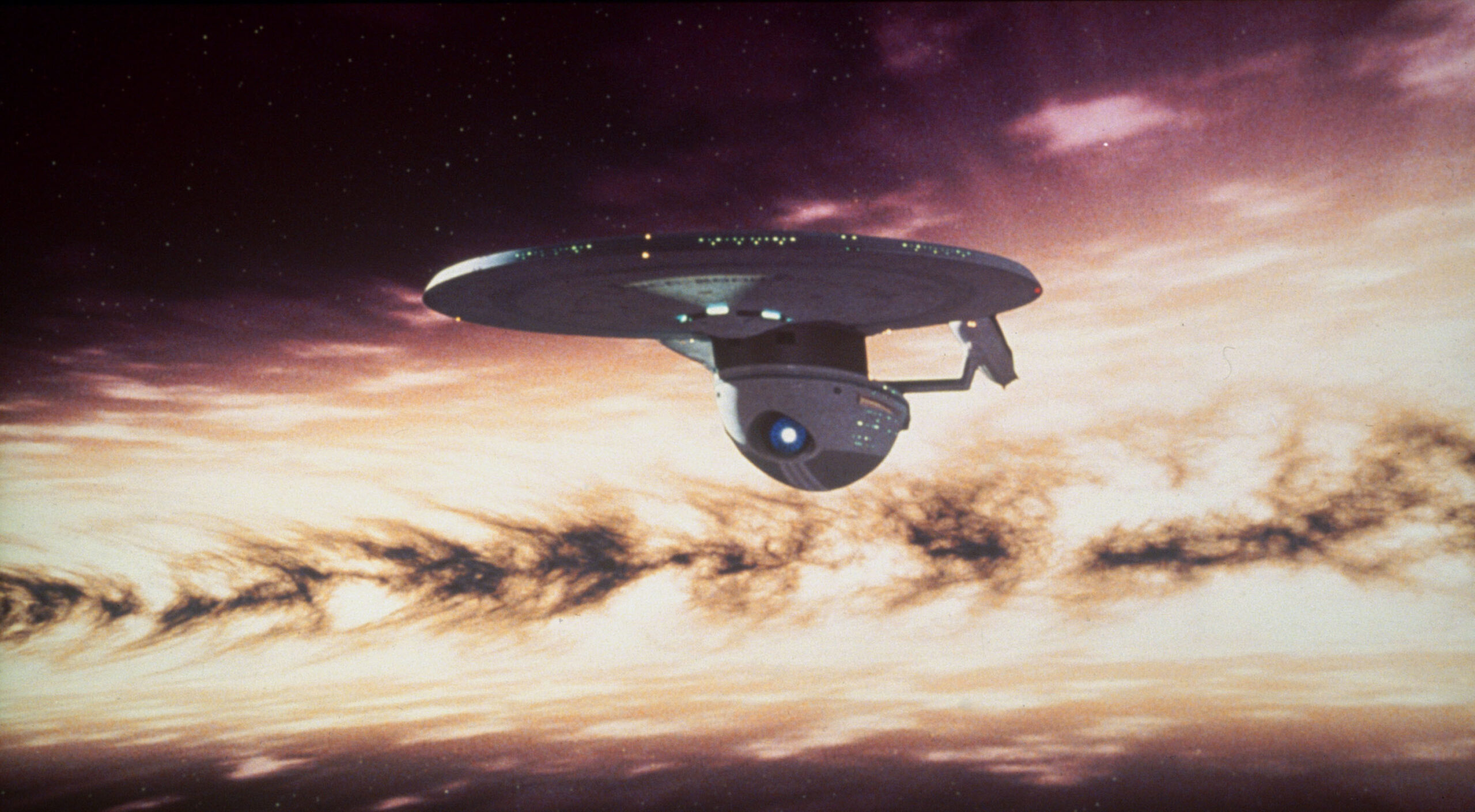 Back in 2005 Viacom was split into two publicly traded companies. For Star Trek this resulted in the licensing situation becoming a convoluted mess, here is a summary from memory-alpha:

“Viacom was split in late 2005 into two separate publicly traded corporations, becoming effective on 17 January 2006. The old Viacom then became CBS Corporation. Its hitherto combined and dependent CBS Paramount Television holding was on the same occasion broken up into its constituent parts as separate, independent (meaning, each with its own profitability responsibility) corporate entities. The three now separated parts consisted of the distributor CBS Paramount Network Television (taking over distribution of past Star Trek shows), the television production company CBS Paramount Television – for the time being retaining the original combination name until rechristened CBS Television Studios in 2009 – , and the broadcaster CBS Studios. The latter became in the process formally the third franchise owner, when it was appointed the titular holder of all rights and title to the entirety of the Star Trek franchise. In early 2008 CBS Paramount Network Television had already been renamed to CBS Television Distribution, and was in the same year absorbed in CBS Studios, partially reversing the 2005 breakup of the original television unit. Star Trek: Discovery and beyond are produced under the auspices of the production company CBS Television Studios.”

“In the 2005 Viacom/CBS split, the old Viacom became the CBS Corporation and a new Viacom was created. This new company owns Paramount Pictures, which in turn owns the rights to the first ten Star Trek films in full. Paramount Pictures conceived and produced a new re-imagined Star Trek film franchise in the form of the three alternate reality films Star Trek, Star Trek Into Darkness, and Star Trek Beyond under a license from CBS Studios, but only owns the rights to these in part. Paramount also continues to distribute DVDs and Blu-ray Discs of the older TV series on behalf of CBS, though now merely receiving a compensation for their services from CBS as of 2006, contrary to the pre-split situation when they were entitled to the full proceeds – and contrary to those of the first ten films, the proceeds of which Paramount is still fully entitled to. For Discovery and beyond however, CBS is the sole distributor of the resultant home video formats. “

If none of that makes much sense that’s fine. The only thing important to know is that this split led to the infiltration of J.J. Abrams and his Bad Robot henchmen who came in an contaminated the Star Trek universe with his Kelvin timeline which encompassed unholy trash like Star Trek (2009), Star Trek: Into Darkness (2013), Star Trek: Beyond (2016) and the TV series Star Trek: Discovery on CBS all access.

These are movies and shows that spit in the face of the Star Trek legacy and sullied the integrity what it meant to be a trekker (trekkie is for wusses). Spectacle over intellect, Identity politics in an age where immutable characteristics are supposed to be meaningless. Much like the real-world regressives do to our society they set the franchise back to a state I’m not sure it will ever truly recover from. To date I do not know of any property or industry that has survived an SJW infestation. If someone does, feel free to let me know.

This bring us to today’s news.

As of today the two companies have been reunited into one company named ViacomCBS Inc. This means that there are no longer any licensing barriers with the Star Trek property which is now under one ownership. The question is does this mean that we will start to get good Star Trek again or does this simply mean that the identitarian cabal will be able to reek even more harm on the series?

At this stage I just don’t trust anyone in Hollywood to hold back non-manic regressive sensibilities long enough to produce nuanced content without liberal propaganda. Amazon’s The Boys had a some very good moments but it was also littered with not-subtle-enough trash hoping to indoctrinate people to a leftist mindset.

I recently tried to watch Wu Assassins on Netflix but never made it to the second episode. Somehow Netflix thought it would be great to advertise in the thumbnails a ridiculous restaurant scene that featured two warriors beating up extraordinarily poor straw-men of what the writers ‘imagine’ are conservatives. Ridiculous and insulting.

So no, I do not have much hope that this will be a good turning point for Star Trek. I hope I’m wrong, but I feel like I won’t be able to truly enjoy TV and Film unabashedly until a New Hollywood is built. One that cares more about good storytelling as opposed to proselytizing.